Autonomous Vehicles: How Germany’s Permission of Autonomous Driving will Affect the Electronics Industry

New legislation in Germany aims to make them the first country to permit fully autonomous driving.

Today, virtually every automotive manufacturer has announced some sort of autonomous vehicle project.  Even many governing bodies are beginning to invest in autonomously driven public transportation.  In a meeting with the heads of Daimler, BMW, and Volkswagen Group, Chancellor Angela Merkel agreed that “Germany must take the leading role in autonomous driving”.  An objective was set in this meeting for the digitization of transportation in Germany by 2022.  Following the meeting, new legislation is set to be drafted that will allow Germany to become the first country to permit driverless vehicles in regular operation throughout the entire country. In Europe, the automotive industry plays a crucial role, and is responsible for 14% of capital investment and total production in the European manufacturing sector.  This role is only amplified in Germany, where the automotive industry is responsible for 22% of capital investment and total production.  According to BMW, self-driving technology requires millions of test miles are needed, along with millions of pieces of information.  In April 2018, BMW opened its Autonomous Driving Campus, a 23,000 square meter facility at Unterschleißheim near Munich, for the development of self-driving technology.  The self-driving cars will cover about 240 million virtual kilometers on the journey to being mass production ready.  However, because highly automated driving functions and autonomous driving is inadmissible in Germany, developers have been limited to virtual simulation.  Considering Germany’s restrictions, most automakers have chosen to develop their autonomous driving technology in the US or China.  Germany’s permission of driverless vehicles in regular operations would likely entice automakers to shift their operations and autonomous vehicle testing back towards Germany.  Furthermore, as automakers begin to congregate and infrastructure develops, that region tends to become a technology hub and further support the economy.

Nearly all of the innovation taking place in the automotive industry is electronic rather than mechanical.  PwC estimates that by 2030, electronics will account for 50 percent of automobile manufacturing costs, compared to the one third that it accounts for today.  Already, major tech companies like Intel are acquiring auto part manufacturers such as Mobileye.  Looking forward, we expect to see traditional parts manufacturers face strong competition from traditionally tech-focused companies such as Nvidia.  Major automotive manufacturers like Audi, Tesla, Mercedes-Benz, BMW, and Honda are looking towards Nvidia for their autonomous driving platform. 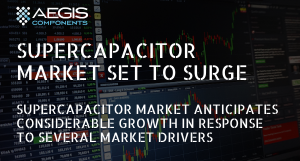 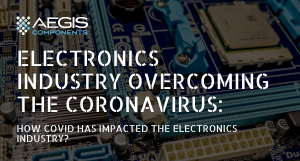 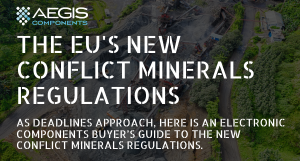