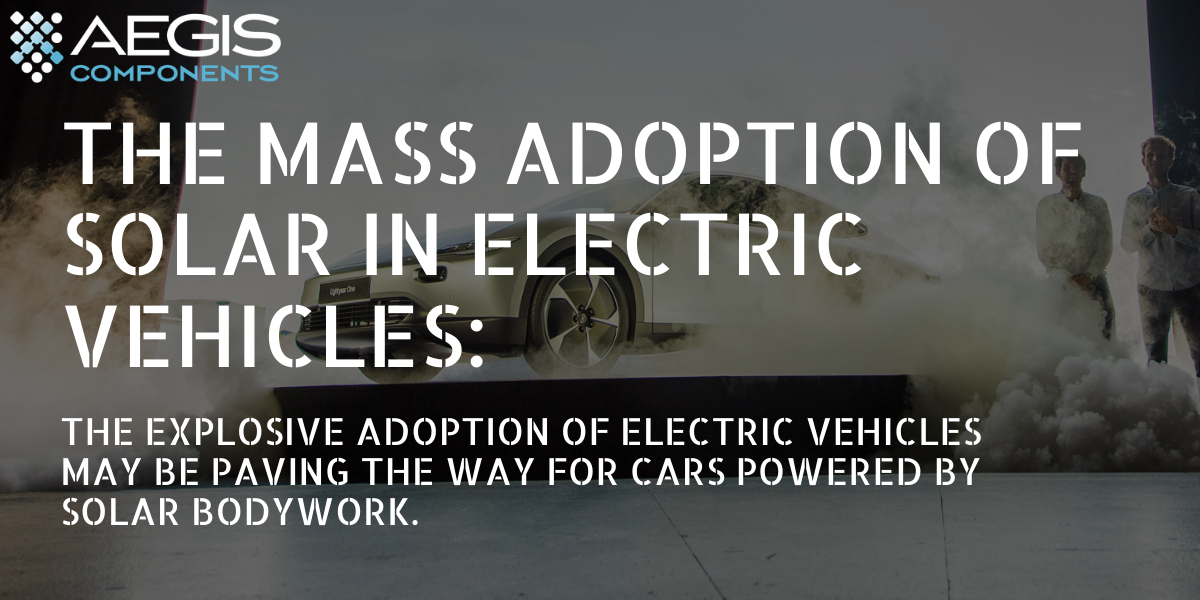 The Mass Adoption of Solar in Electric Vehicles – 5 min. read

The explosive adoption of electric vehicles may be paving the way for EVs powered by solar bodywork.

Imagine for a moment, an electric vehicle that is powered entirely by solar energy.  Considering the recent explosive growth in sustainable energy systems in the automotive industry, the idea of solar powered cars is becoming more and more of a reality.  Raghu Das, CEO of market research firm IDTechEx, believes that it won’t be long before electric vehicle owners never have to plug in again.  According to reports, automakers are preparing to invest around $225 billion over the next few years to develop new electric vehicles.  Market watchers believe that a large portion of these investments will be directed towards new technologies, and many agree that the implementation of solar charging will be a primary focus.

How does a solar electric vehicle work?

Solar EVs would be built on the same platform as battery powered EVs, with only a few minor tweaks.  Solar panels are made up of photovoltaic cells (PVC) that convert energy from sunlight into electricity.  PVCs contain semiconductors, typically made of silicon, that absorb the sunlight.  Photons from the sunlight strike the semiconductors and excite the electrons, producing an electron flow that creates an electric current in the process.  This electrical current then powers the electric motor that propels the vehicle.  The new vehicles would likely also use the same battery system, and only require the solar panels and a solar charge controller.  They would also be able to store some solar energy and can also run smoothly at night or in the absence of direct sunlight.

What will the solar vehicle market look like in 5 years?

Transparency Market Research, a market intelligence company in New York, predicts that the global solar powered car market will expand at a CAGR of 20% between 2020 and 2027.  According to MarketWatch, an American financial information website, the solar vehicle market would be segmented by hybrid electric vehicles, battery electric vehicles (BEV), and plug-in hybrid electric vehicles.  The BEV market is expected to showcase the considerable growth due to the easy integration of solar panels to charge the battery.  Additionally, the photovoltaic technology will reduce charging time and support market expansion.

Other industries are set to benefit from the adoption of solar vehicles.  The demand for solar panels would increase dramatically, driving market expansion.  The most considerable growth is expected in the Monocrystalline panels segment, as opposed to the Polycrystalline segment.  This can be attributed to the compact size and increased efficiency in Monocrystalline panels.  The battery industry would also see growth, especially in the case of lithium-ion batteries.  Additionally, advancements in battery technologies along with a focus on electric vehicles are positively influencing the market demand.

The European region is expected to hold a prominent share of the solar vehicle market.  This can be attributed largely in part to their rising demand for zero-emission cars.  Also, because many key automotive manufacturers as well as solar powered car manufacturers are positioned across Europe.

How will this impact the electronic components industry?

The rise in demand for solar panel arrays and related technology will inevitably spike the demand of electronic components.  The following segments are expected to see the most significant rise in demand and possibly shortages:

Click here for our line card, highlighting the most popular brands that Aegis Components offers.

Contact us today to learn how Aegis can help streamline your supply chain!

You may enjoy the following related articles: 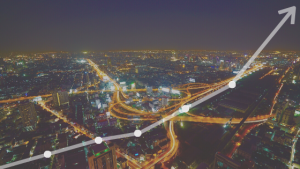 Automotive power electronics market: 23b by 2026 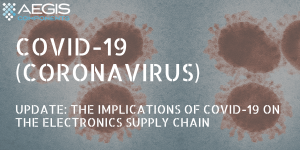 Update: The Implications of the Coronavirus in the Electronics Supply Chain