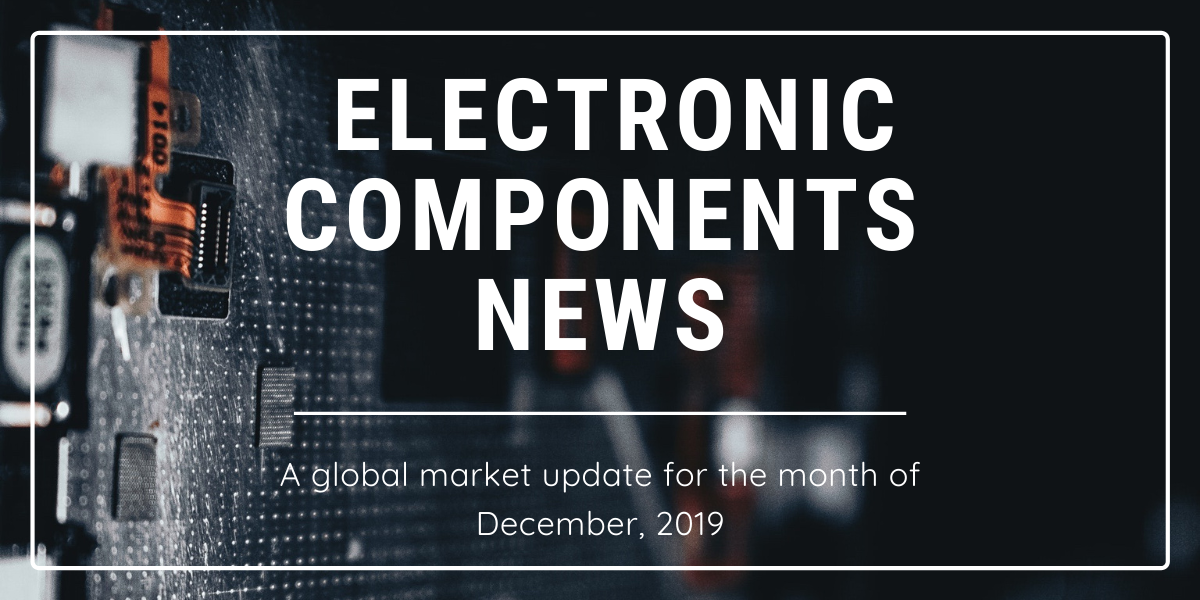 The holiday season seems to have brought a sweeping rise in demand for Apple’s AirPods.  In response, Apple is increasing its production in China, despite the volatile US-China trade relationship. Recent reports suggest that Apple has asked two Chinese manufacturers to increase production of AirPods to meet demand over the holiday period.  As a result, the stock prices of both Chinese manufacturers have seen a drastic rise.  Luxshare Precision, a Chinese manufacturer and designer, is expected to increase monthly production of AirPods Pro to 2 million units per month.  In addition, it is believed that Apple have asked Goertek, a Chinese acoustic components company, to boost production at its factories in Vietnam to help Apple reduce the cost of purchasing parts.

On Dec. 2nd, Intel Corporation announced it has completed the sale of the majority of its smartphone modem business to Apple.  This transaction, valued at $1 billion, was originally announced on July 25th.  Asper their sales terms, Intel will focus on developing 5G network technology while retaining the option to develop modems for non-smartphone applications, such as IOT devices, autonomous vehicles, and PCs.

Saitama Murata Manufacturing, a wholly owned subsidiary of Murata, will have terminated manufacturing at its production subsidiaries Hua Jiuh Technology and Shantou S.E.Z Huajian Electronics before the beginning of 2020.  Formerly TOKO Group, the Saitama Murata Manufacturing Group has contributed primarily to the development of the telecommunications market through its design and production of coil products.  However, it has experienced a difficult business environment due to a diversification of market needs caused by the demand for smartphones in recent years, intensifying competition between overseas manufacturers, and an acceleration of the business cycle.

The US-China tariff war has had a major impact on the electronics industry.  However, the Trump administration decided to delay the imposition of the 15% duties on $156B USD of Chinese consumer electronics.  While this short-term tariff reprieve may result in a boost of consumer electronics sales, the 25% tariffs on the other $250 billion worth of Chinese imports still stands.

ZF to Establish Third Research and Development Centre in China:

ZF Friedrichshafen AG is establishing a third Chinese R&D centre in Guangzhou southern China. Representatives of ZF and the local authorities have signed an agreement and ZF plans to invest approximately EUR 90 million in the new development center. ZF already has two development centers in China, both located in Shanghai. With their respective focus on the development of active and passive safety technology as well as driveline and chassis technology, the two centers support ZF customers throughout the Asia-Pacific region. The new centre will focus on the massive expansion of future technologies such as automated driving and e-mobility.

Universal Scientific Industrial Co. LTD, a Shanghai-based electronics manufacturer, has formally announced its intention to enter into an Equity Acquisition Agreement with the shareholders of Asteelflash. It intends to acquire 100% equity of Asteelflash for USD 450 million, of which 89.6% is paid in cash, 10.4% is paid by issuing USI shares to a privately owned company of Asteelflash’s founder (i.e equity swap). Asteelflash, the second largest European EMS company with its 18 facilities and its more than 6’000 employees, will become an important subsidiary of USI using its existing operation and management team. With the backing of USI, the French EMS provider aims to capture more opportunities to increase large orders of major clients and accelerate its business growth and expansion.